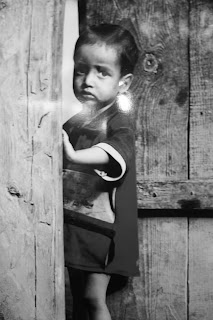 Never has a song really reminded me of my home, lost home. Never at least a bollywood song. , which meant home till the first 9 months of my life has been in centre frame of my mind always. It has brought tears, longing along with imagination of my neighborhood, my garden back in the valley. My three storey house near the famous , which was filled mostly with old and new books. I’ve heard.

It would now be hard to trace the ashes of those old and new books on that barren land. They burned it all to the bottom.

Prasoon Joshi, famous lyricist has a magical gift of writing Hindi songs. After the much adored ‘Meri Ma’ from the film ‘Taree Zameen Par’, he has returned with yet another surreal ‘Dhoop Ke Sikke’ in the newly released film ‘Sikander’, which I’m told has an undercurrent of terrorism. I would refrain to comment on the film from what I’ve observed of it till now. No offence meant. I know at the most it would talk about the present locals of the valley (their suffering), or the army and the state. Peace would be its message. Though it would as always not touch me or my community. I’m still considered untouchable by our intellectuals. I’m not a revolutionary mass-murderer; I’m just a Kashmiri Pandit. The Pandits (Hindus) of valley who were ethnically cleansed.


Sanjay Suri is my only hope for now. He plays a reformed terrorist in this film. Many rumours claim he is being portrayed as a mixture of Hurriyat's MirwaizUmar Farooq, JKLF's Yasin Malik and slain separatist Abdul Gani Lone. In real life, Virenderveer Suri, Sanjay's father was gunned down one morning in 1990. His only crime, being a 'Hindu' in a predominantly Muslim Kashmir. Sanjay may have been 19 then.

Today we complete 19 years in exile from our land. The above lines by Prasoon, made my mind travel, it reminded me of my pain. I'm missing my home that I've never seen. Perhaps, never will.

I've been alone in these gone years. I've been left alone..
Posted by Aditya Raj Kaul at 2:48 AM 7 comments: