A raging debate on safety seems to have taken Mumbai by its tide as the conscience of the Mumbaikar has shaken after the recent murder of two youth in the suburbs. Has the city which is known for its ‘night life’ lost its much talked about safety tag.  Aditya Raj Kaul elaborates on the mindset that the city needs to fight against in this crucial hour. 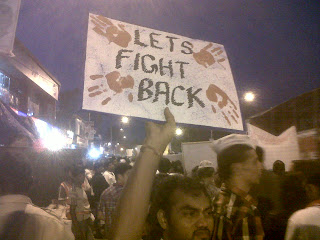 Once known as a ‘safe haven’, Mumbai has suffered a major jolt after the recent cold-blooded killings of Reuben Fernandes and Keenan Santos while they were defending their female friends from drunk hooligans outside a restaurant in the suburbs of the city.  The killings didn’t merely send tremors across the country but forced the Chief Minister of Maharashtra Prithviraj Chavan to appear on national television ensuring people that the state would demand ‘death penalty’ for the accused since the crime committed could not be tolerated by any means. He however failed to guarantee better policing and complete digitalisation of the Police Control Room (PCR) for efficiency in tackling life threatening eventuality.
Even as it took more than two weeks for the murder story to get front page lead status in the newspapers and catch the attention of the otherwise busy TRP driven news channels, a fear psychosis seems to have engulfed upon the city which never sleeps. The dastardly act is talk of the town in local trains, colleges, private establishments and even government offices. The youth are burning with rage and especially women feel a sudden sense of insecurity to walk free in the city. And, the murmurs continue to falter the spirits of the Mumbaikars.
The collective conscience of civil society now turns itself into yet another candlelight vigil and an online etition demanding zero tolerance towards crime against women. Who are we protesting against? There are no ‘elite’ powers behind the crime, not even money-muscle men of politicians. The killers, apparently uneducated and from the lowest strata of society who have confessed to the crime and are behind bars facing trial before court. Are we moving towards a protest theatre?
While organizing the very first online protests and candlelight vigils in the country demanding justice for Jessica Lall, Priyadarshini Mattoo, Nitish Katara, Aman Kachroo and several others since early 2006 what activists had in mind was a deterrent which would impact the criminal mindset from acting in the most barbaric way they had in these cases. The remarkable judgments in the Mattoo and Lall case could have sent a precedent even for the investigative agencies and criminal justice system in the country. While the gory criminal mindset continues to rattle us, it most importantly raises an alarm bell for the governing system to dwell into introspection, furnish modern policing and give the citizens basic rights of security and emergency needs.
The Home Minister of the state has recommended the case to a ‘fast track court’, which is one of the biggest positive developments in the case. The aged parents of murdered Priyadarshini Mattoo had to wait for seven long years for the Delhi High Court to take notice of the dust gathering file and put the case on speedy trial. It didn’t happen overnight. ‘Justice For Priyadarshini Mattoo’, was launched to pressure the Central Bureau of Investigation (CBI), while people took to the streets across the country demanding fair trial. Now, having come a long way watching such criminal trials, wonder why the middle-class takes on to the streets every time a crime strikes the semi-conscious conscience of us all. Is it to gather the attention of sometimes ignorant national media? Is it the anger against the justice delivery mechanism? Is it the wave against the establishment in the country? Or, are we losing patience to see instant justice on the street in the Rang De Basanti way? 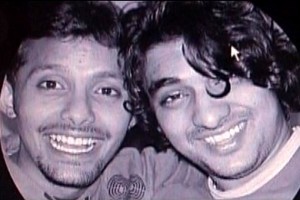 The candle light vigils in the country have sadly now become clichés of upmarket protests for photo opportunities and sound bytes. The online petitions do help spread awareness but not much is achieved till the news channels swoon to action. Till Reuben Fernandes died battling his life in the hospital, the news channels continued to wonder still whether to take up the story. More than eleven days had passed since Keenan Santos had been dead. This underlines the apathy of the common man in the country. Or, for that matter the power of the press!
What hope do we have for justice in a state where a civil rights activist Arun Ferreira is falsely implicated for having Maoist links and kept as an under trial in jail for years, or 26/11 Mumbai attacks convicted terrorist Kasab who continues to enjoy luxuries of the Arthur Road Jail with ‘death penalty’ pending on till the tedious judicial process ends in this country?
The middle-class has significantly broken the cocoon and ventured out to vent anger against injustice by modern means of protest. While the anger needs to be nourished well to see light of the day, it now seems to have been famished by the undersupply of arguments and misguided missiles being launched. If the democratic values are the essence of these protests, aim should be to spread awareness against the horrific crimes being committed, aim should be to cultivate the notion of right and wrong in the society, aim should be to restore moral education and restrict anger. ‘Death Penalty’ isn’t ultimate justice.
The anger emanating shouldn’t flicker. All shouldn’t end with a candle light vigil. It has to be a fight against a growing mindset of hate. We ought to reflect the idea of a just society by learning tough lessons. Not all should end as the TV Cameras and reporters disappear.
Posted by Aditya Raj Kaul at 10:07 AM

Brilliant thoughts. This is a good take on the current scenario