is now synonymous with industrial disaster. The city which is located 700 Kilometers south of the Indian capital died in its sleep 26 years ago. As the final judgment in the longest of cases pending in the Indian courts was being delivered, the chief culprit of the catastrophe enjoyed a retired life somewhere in the .
Aditya Raj Kaul, the Editor of The Indian analyses the causes of the real tragedy of injustice and asks “Has the judgment served its purpose?” 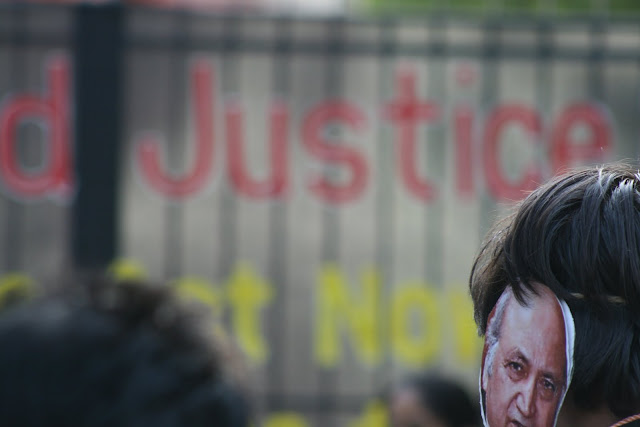 During the early hours of December 3rd 1984 the world's worst industrial accident unfolded at the American-owned Union Carbide Pesticide Plant almost 5Kms from the Indian city of in Madhya Pradesh. Poisonous gas escaped from a chemical plant due to negligence killing 3,000 people, according to official estimates. Non Government agencies claim the figure to be above 15,000. Around 50,000 suffered permanent disabilities, and more died later. The casualty increased as many people lived in shanty towns built alongside the factory and thousands more lived nearby in the old city. A worker cleaning out pipes with water sparked the disaster, say investigators. He was the first one to die though. After a legal agreement the firm provided victims with compensation averaging $500 (£300).
26 years later, all hope for justice has been crushed with the eagerly awaited verdict in the case pronounced by the local court in . The court convicted seven ex-employees, including the former chairman of UCIL of causing death by negligence and sentenced to two years imprisonment and a fine of about $2,000 each, the maximum punishment allowed by law. An eighth former employee was also convicted but had died before judgment was passed. All those convicted walked free immediately after the verdict after submitting bail bonds.
The court however failed to nail Warren Anderson, CEO of Union Carbide at the time of the disaster. In November 2002 Indian Government had said it was seeking the extradition of former Union Carbide boss Warren Anderson from the . Despite repeated attempts there was no success. faces charges of "culpable homicide" for cost-cutting at the plant which is alleged to have compromised safety standards. Union Carbide accepted "moral responsibility" for the disaster. It later blamed sabotage by a disgruntled worker.
Since the sentencing, while the streets of have been jammed with protesters angered by the verdict; the news discussions have leaders of the ruling Congress Government passing the buck on Judiciary. In reality, the Government of India and the Judiciary both have shown no urgency to expedite the case and the process of justice for that abominable negligence of December 1984.
Rights groups however allege a larger political nexus as the reason of injustice. “In 2007, Right to Information (RTI) documents unearthed by activists revealed the nexus between the Prime Minister Office and Dow Chemicals. Home Minister Chidamabaram and Kamal Nath whom the documents revealed as advocating in favour of Dow are now made members of a Group of Ministers on . Another addition to the reconstituted GoM is environment Minister Jairam Ramesh who had recently declared there there is nothing toxic about toxics in ” said Kaveri Rajaraman, a civil rights activist. 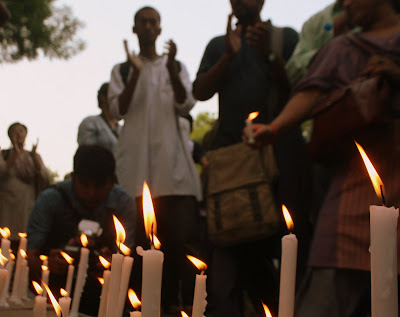 The tragedy could have been averted. It need never have happened if the warnings of one man, journalist Rajkumar Keswani, had been heard. In September 1982, after al­most nine months of study - following a phosgene leak in late 1981 which reportedly kill­ed one and injured three others - Keswani wrote an article in Rapat to the effect that the whole city could be wiped out if certain precautions were not taken. He entitled his article, which attracted the attention only of those powerless to act, "Please Save This City."

"The Union Carbide officials were not prepared to speak to me at the time, but I managed to get hold of some documents from inside. It was apparent that the poten­tially lethal materials were being handled in an unsatisfac­tory way, and the apparent cost-cutting programmes being undertaken by the management alarmed me." Two weeks later, in early October, Keswani pub­lished a second article entitled, ": Sitting on top of a Volcano." In this piece, Keswani chronicled the plant's history of accidents since its 1980 opening.
Four days after publication of his second article, there was a leak at the plant. "Nobody died, but a few were injured by the gas, and many more were forced to flee," said Keswani. 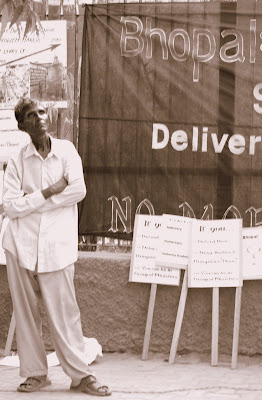 Keswani later petitioned the Supreme Court and the Prime Minister. He met no success. As on date, Keswani still finds it difficult to work for very long at a stretch. He won several awards for outstanding journalism, but was cornered by the power centre and his campaign to save went unheard.
As of today 390 tons of toxic chemicals abandoned at the UCIL plant continues to leak and pollute the city of risking the lives of millions of its residents. Up to 500,000 survivors still suffer symptoms such as paralysis, partial blindness and impaired immune systems.
The memories of that early-hours assault on the senses will never fade. The world seems to have forgotten it; while seems to have failed after a long wait in hope.
however hasn’t stopped. The protests and cries demanding justice block the city noise. “We won’t end it here. It might take 15 to 20 more years but our fight will be lead to its logical conclusion” said 65 year old Kamla Devi who has been blind ever since the disaster.
“We have seen the worst. We fear nothing”, she further said. 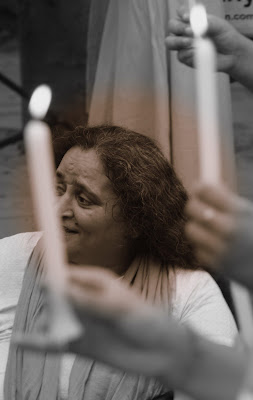 For 25 years, victims kept their faith alive in indian judiciary and govt. The faith has been bruised and so have been the hopes of those millions who have been a living witness of world's worst industrial disasters. Their miseries and unending pain may have found place in books,displayed on screen and discussed at forums but they never got a justice and when they got it finally, it was a crippled justice.